The Menominee Special projects committee is recommending a special City Council meeting to determine whether the city should hold a Waterfront Festival this year. The festival lost $17,000 last year when rain held down crowds on all four days of the event. The city also provided another $27,500 in services to the festival. City Manager Tony Graff, with input from city staff and Waterfront Festival Committee members, recommended a budget with expenses trimmed 20%, including a $6000 reduction in the fireworks budget. The recommendation also is to reduce the four day festival to three days, dropping Sunday. The parade would be moved to Saturday afternoon. The rain date for the fireworks would still be Sunday. After a lengthy discussion by the committee on various ideas on how to improve the festival, Graff suggested one option would be to skip the festival this year while it was retooled.
The recommendation was for a special council meeting rather than a committee of the whole be held so that action could be taken on what the city wants to do with the festival this year.

Marinette County makes a financial commitment toward providing better internet access to some residents. The Board of Supervisors approved on Tuesday partnering and entering into an agreement with Packerland Broadband to establish broadband service in portions of the county along the US Highway 141 corridor at a cost not to exceed $60-thousand. Packerland is seeking a public-private partnership grant to expand broadband access to rural Marinette County with poor or no existing service. Cory Heigl with Packerland says the project would utilize radio systems on ten existing towers and could impact over 4000 households and 50 businesses. He says the initiative was sparked by a challenge from Microsoft Corporation to eliminate the rural broadband gap within the next five years.
In the event the State grant is awarded to Packerland, the money for the county’s share of the work will come from the 2018 contingency fund. Packerland hopes to have their expanded service available to their first customers in July.

The case against a local man accused of calling in a bomb threat to the Coleman High School will go to trial. A status conference was held Tuesday for 24-year-old Jacob D Peterson of Coleman who’s been charged with a felony count of making terrorist threats after he allegedly left a threatening voice mail for the district in October, forcing an evacuation. Law enforcement officers searched the school, but found no evidence of anything that presented any danger to students or staff. A pre-trial conference for Peterson has been set for March 30th and his two-day jury trial is scheduled to begin May 15th.

Legislation introduced by a local lawmaker aimed at reviving Wisconsin’s Conservation Corps Program passes the state Assembly. Assembly Bill 688, authored by Representative Jeff Mursau of Crivitz would shift $400-thousand from other state agencies to fund grants for organizations looking to complete conservation projects if those organizations provide a 50% match and hire workers between 16 and 25 years old, half of which are high school students coming from families making under 200% of the federal poverty level. Those workers would then also be eligible to receive money from the AmeriCorps program. The Conservation Corps previously operated in the state from 1983 through 2003. Mursau’s bill now heads to the state Senate for consideration.

December’s local unemployment figures are released. Marinette County saw a slight uptick in joblessness last month with a rate of 3.9% as compared to 3.6% in November. Unemployment in the county one year ago stood at 5.3%. The statewide rate in December matched the lowest rate on record at 3.0%. That’s down from 3.2% in November and 4.1% in December of 2016.

It was a full house at the Stephenson High School last night for the Michigan Department of Environmental Quality’s public hearing on the Wetlands, Lakes, and Streams permit submitted by Aquila Resources for their Back Forty Project.
Dozens of people spoke largely in opposition of the mine and raised concerns about what they see as inconsistencies in the wetland application and permitting process.
Kathleen Heideman is a board member of the Upper Peninsula Environmental Coalition and wonders why changes to the project’s feasibility analysis by Aquila shows that a second waste area had to be added to the facility design.
However, Jake Nyquist, lifelong resident of the UP says he doesn’t believe the mine poses any threat to the area’s resources and he encourages the DEQ to approve the wetlands permit.
The wetlands permit is the final DEQ permit Aquila needs to begin building the open pit sulfide mine in Lake Township. The DEQ will continue to receive public comment on the application through February 2nd.

About 10 percent of wells tested in the Town of Peshtigo for compounds in the groundwater from the Tyco Fire Protection test field are above the EPA health advisory limits. The results of the tests were discussed at a meeting for affected residents held at Little River Country Club Tuesday night. 89 wells have been tested, and lab results are back for 82 of those wells. 8 of the wells have levels of PFOA and PFOS above the EPA limit of 70 parts per trillion. Another 17 wells have detectable levels of the compounds, but are below the EPA limit. The other 57 wells had no detectable levels. The testing indicated most of the affected wells were shallow sandpoint wells, with deeper bedrock wells not as susceptible to contamination.
Tyco has been testing groundwater since discovering the PFOA and PFOS compounds formerly used in their fire fighting foams had been detected in the groundwater beyond their test field in southern Marinette. The company hired Arcadis to do test borings in a number of locations around the test field in November and the results of those tests identified an area in the Northeastern portion of the Town of Peshtigo where wells testing needed to be done.
The company has been providing bottle water to residents with wells in that area and will now offer to install granular activated charcoal point of entry filter systems for residents with the wells testing above the EPA limit. Longer term remediation options digging new deep wells or extending city water into the Town of Peshtigo. But right now, the company is still in the delineation phase to determine the extent of the problem and further testing and evaluation will be needed before a long-term plan in developed. In the meantime, wells will continue to be sampled and re-sampled while a long term monitor program is developed. The company is also promising to continue holding public meetings to keep the public informed. 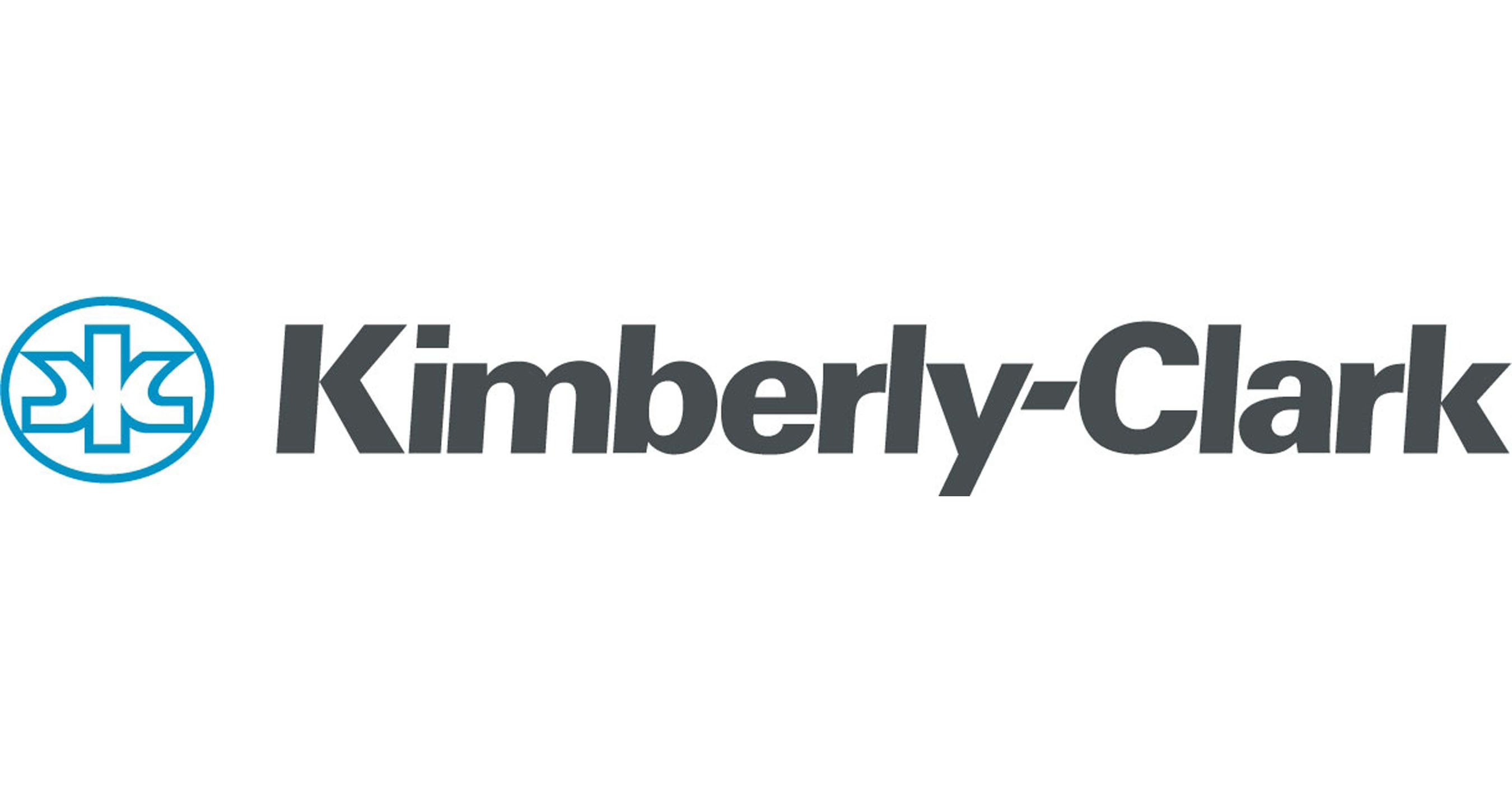 The manufacturer of products like Kleenex and Huggies Diapers will eliminate up to 13% of their workforce as part of an effort to reduce company costs by $1.5 billion by 2021. In an announcement on their 2018 Outlook, Kimberly Clark said they also plan to close or sell around ten of their existing plants and expand production capacity at others to “improve overall scale and cost.” The company has not yet identified where the job cuts or closures will take place. Kimberly-Clark has three Wisconsin-based facilities that employ over 3000 people in Appleton, Neenah, and Marinette.

It looks like the Marinette Marine built USS Little Rock, LCS-9 will be spending the winter in Montreal. The ship was commissioned in Buffalo, New York on December 16th, but on its way up the St. Lawrence Seaway, it became trapped by ice near Montreal around Christmas Eve due to “unusually heavy ice conditions” according to the Washington Post. Near record low temperatures in January only made the ice situation worse.
While in Montreal’s port, the crew of Little Rock  ‘will continue to focus on training, readiness and certifications” according to a Navy Spokesman. It’s expected to be mid-March before the Seaway melts enough for safe passage.