Marinette County is backtracking on some of the plans they’ve been eyeing for the development of new recreational opportunities in the northern part of the county. Last month the Infrastructure Committee approved a request by the Titletown Jeepers organization to create off-highway vehicle trails on county forest land near Goodman, and along with those trails, the club also sought to establish a rustic campground area for riders in the region. Both the club and the County had been working to hammer out a formal contract for all of this work to be done at once, but this week members of the Infrastructure Committee decided they want to take things a little bit slower. While the Committee agreed they still support the idea of OHV trail development, they’re hesitant to permit the creation of a campsite without first addressing concerns surrounding oversight, sanitation, and maintenance. Forestry Administrator Pete Villas is recommending a similar approach as the County took with the horseback riding trails and facilities by starting small and assessing their needs from there.
The Titletown Jeepers had proposed creating the campsite at no cost to the county, but it was suggested there may be some benefit to Marinette County taking on that type of investment project. Ultimately, the Infrastructure Committee again voted to approve the OHV trail system work, but decided to hold off on allowing any sort of established camping area. 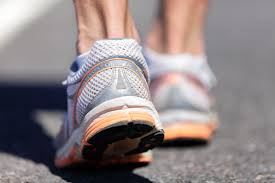